Alzheimer’s: visual assessment of [18F]flutemetamol PET can reveal not only presence but also extent and location of amyloid 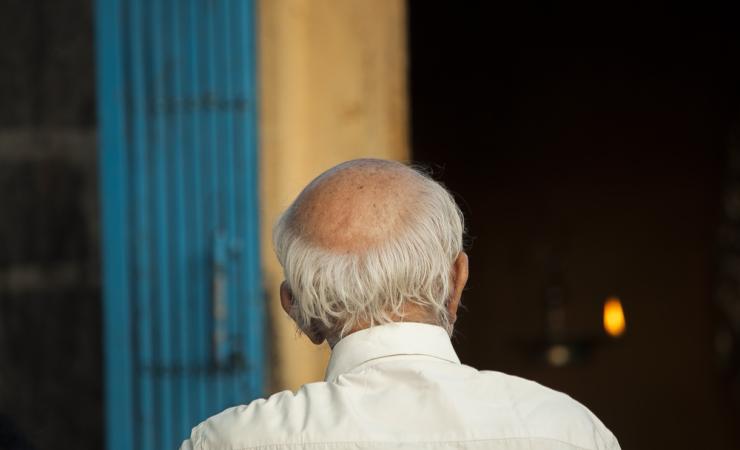 Image courtesy of tiffgraphic via Shutterstock.

Deposits of beta amyloid protein in the brain are a common sign of Alzheimer’s disease. AMYPAD are studying the value of using positron emission tomography (PET) imaging to scan people’s brains for beta amyloid deposits. The ultimate aim is to get better at detecting Alzheimer’s early, as future therapies may be effective in treating the disease.

[18F] Flutemetamol, a tracer drug that contains radioactive isotopes, is injected into people who are about to undergo a PET scan because it can help detect dysfunction in body tissues, including the brain. Doctors can use it to spot the presence of amyloid in brain tissue, which helps to make a diagnosis of Alzheimer’s.

The resulting images are then evaluated by a nuclear physician to make a decision as to whether or not there is amyloid present in the brain. Going further, however, researchers from AMYPAD wanted to know if a visual read can tell the evaluator more about where the amyloid is, and how much of it there is. The answer, according to the authors, is yes.

They looked at images from two different groups comprised of 497 individuals at different stage of Alzheimer’s disease progression, from early to advanced. The researchers calculated a composite brain amyloid measure (measured in Centiloid, CL) and visually assessed the images, paying attention to both regional and overall presence of amyloid. They were able to show agreement between the visual reading relative to CL measures, as well as the number of visually positive regions corresponding to an incremental increase in CL units. They were able to do this both in established and early cases of disease progression.

The next step will be to validate the results using data from the two ongoing AMYPAD clinical studies and also investigate the possible clinical value of the findings.

This article is based on a paper published in the European Journal of Nuclear Medicine and Molecular Imaging in February 2021. The AMYPAD team was led by Lyduine Collij and Gemma Salvadó with help from Chris Buckley and Bart van Berckel.

AMYPAD is supported by the Innovative Medicines Initiative, a partnership between the European Union and the European pharmaceutical industry.