IMI has been a magnet for global partnership. IHI will go even further

The Innovative Medicines Initiative (IMI) organically grew into a powerhouse of international alliances. The new partnership’s multi-sectoral nature means that the catchment will be even wider 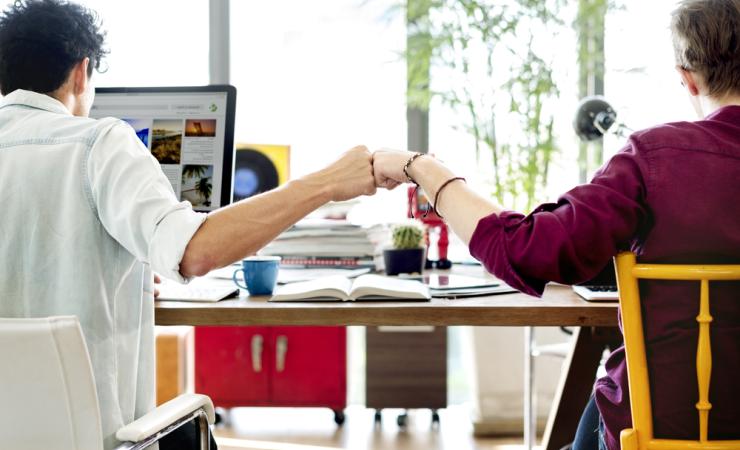 Collaboration was the heart of IMI. IHI will go even further. Image courtesy of Rawpixel.com via Shutterstock

A recent analysis of IMI-funded publications showed that a total of 117 countries have produced at least one IMI-funded research paper. The extent of our reach is no surprise. Over the years, IMI has organically grown into a hub of connections, with alliances arising from both formal and informal activities to create a bottom-up global magnet for partnership. Partners from across sectors, institutions and disciplines are increasingly aware of the quality of IMI research, and they come together to make their collective effort greater than the sum of their parts.

They get on board either by joining consortia, or through the Associated Partners mechanism. Both mechanisms allow them to help co-design a project. They may also get involved via more informal mechanisms such as through connections made with IMI staff when we participate in global events, when we evaluate proposals from other international funders, or when we are invited to join strategic boards of initiatives that are related to IMI activities. For example, I was invited to join the board of Healthy Brains Global Initiative (HBGI), a new organisation that aims to reach €10 billion in brain research funding. They asked us because they believe they will need to build partnerships that span the public and private realm, and they know that we know how to do it.

There are a number of projects and programmes that come to mind when I think of IMI’s ‘connectome’, as I like to call it. The Centre for Epidemic Preparedness Initiatives (CEPI) for example, contacted us requesting to take part in EBOVAC’s large-scale clinical trial of Janssen’s Ebola vaccine. Recently, I signed a grant agreement for a €180 million project on tuberculosis that attracted the attention of the Bill and Melinda Gates Foundation, among others. These projects can be considered open platforms that others can 'plug into'.

The WEB-RADR project joined forces with the World Health Organisation (WHO) to roll out their side effect reporting apps in a number of African, South American and Asian countries, while the transatlantic autism alliance that has been built as part of AIMS2TRIALS has been leveraging and building upon resources from all over the world. Our Alzheimer’s disease portfolio is doing the same: one recent example is the launch of the European Platform for Neurodegenerative Diseases (EPND) project, a network that will support the discovery, harmonisation, storage and analysis of high-quality clinical samples and data from neurodegenerative disease research. The consortium, which is being co-led by Gates Ventures, will bring together the neurodegenerative disease community from beyond Europe thanks to its partnership with the international Alzheimer’s Disease Data Initiative (ADDI).

There are many other examples, including RADAR-BASE’s clinical trial partnerships in Africa and India and EHDEN’s involvement in the global OHDSI health data network, which gives them access to data from Europe, the US and Japan to assess the safety of potential COVID19 treatments. EHDEN’s results were quickly picked-up by the Food and Drug Administration (FDA) and the European Medicines Agency (EMA). This is just a sampling of IMI’s global reach at work, and as these projects continue beyond the end of the programme, so will the alliances continue to grow.

The new partnership that will replace IMI, the Innovative Health Initiative, will further break down research silos by offering enhanced opportunities to build on the networks that IMI has created. Increased focus on prevention and early detection means that projects will be open to partners with expertise from the entire continuum of care, and its multi-sectoral nature means the reach of the new ‘contributing partners’ model even wider.

EBOVAC, WEB-RADR, AIMS2TRIALS, EPND, the RADAR projects and EHDEN are supported by the Innovative Medicines Initiative, a partnership between the European Union and the European pharmaceutical industry.