Two genes singled out as significant in the development of Alzheimer's

The PHAGO project has identified two genes that might have a significant impact on Alzheimers disease development and progression. 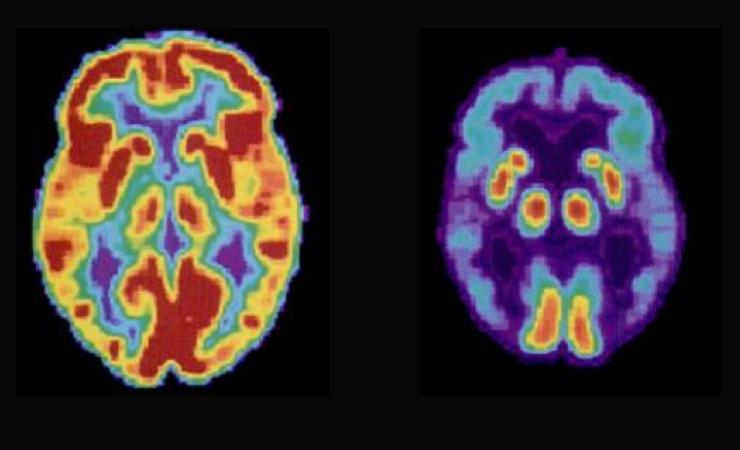 The EU- and industry-funded PHAGO project, a public-private joint venture under the EU’s Innovative Medicines Initiative (IMI), is conducting cutting-edge research into two genes that have been identified as attractive targets for therapy, but whose role in the development and progression of Alzheimer’s disease (AD) has been poorly understood until now.

‘Alzheimer’s disease is typically a slow progressing disease for which patients have to be treated for many years. Therefore, any potential treatment to delay the progression of AD would not only improve care and quality of life, but would also have significant benefits for healthcare systems as patients would be able to go about their daily lives independently for longer,’ says project coordinator Harald Neumann at University Hospital of Bonn in Germany.

Specifically, the PHAGO team is focusing on the role of TREM2 and CD33, two innate immune receptor genes that could have a potentially significant impact on AD progression.

TREM2 codes for the TREM2 protein which activates immune cells called microglia in the brain. Microglia play a vital role in the removal of amyloid plaques, the toxic proteins that are a clear marker of AD in the brain, along with tangles of fibrillary tau proteins, inflammation and neuronal loss.

‘Microglia in the brains of AD patients show a dysfunctional activation profile and an inability to restrict amyloid plaque formation. Instead, they respond over time by increasing inflammation, which results in accelerated synaptic loss and cognitive decline,’ Neumann explains.

The PHAGO researchers traced the dysfunction of microglia to the lack of a functional TREM2 gene, suggesting that activating expression of intact TREM2 receptor genes in early-stage AD patients could prevent the build-up of amyloid plaques and halt or slow disease progression. To explain the gene’s role in AD progression, the team developed novel tools to study and modify the expression of TREM2 and TREM2 variants in microglia. Consequently, they were able to gain much deeper insight into the mechanism associated with the accumulation of microglia cells around plaques.

The team also designed a way to generate microglia-like cells from induced pluripotent stem cell lines extracted from blood samples of patients with early-onset dementia caused by variants of TREM2. These cell lines will enable the investigation of the functional consequences of different gene variants from individual patients.

Ongoing work is focused on additional experiments to explore in even greater depth the role of TREM2, as well as the CD33 protein, and on developing antibodies that could target TREM2, increasing its ability to modify microglia activation.

‘So far, results obtained in PHAGO on both TREM2 and CD33 have provided significant new insights for the scientific community..."

‘So far, results obtained in PHAGO on both TREM2 and CD33 have provided significant new insights for the scientific community and, together with the new tools we have developed, may be a valuable contribution to the potential development of novel treatments to delay the progression of AD,’ says PHAGO project leader Andreas Ebneth, scientific director at Janssen Pharmaceutica in Belgium. As part of the project, the researchers have set up of a bioinformatics platform focused on the collective characterisation and quantification of biological molecules associated with Alzheimer’s disease, combining data from the PHAGO partners and other scientific resources. The platform enables the compilation of large data sets from various experiments, consolidating existing knowledge and, according to Neumann, potentially spurring the generation of new ideas for understanding and treating AD.

Sharing the data in a pluripotent stem cell bank

The PHAGO researchers, who have already published a number of high-impact scientific papers on their work, are depositing their generated cell lines with the IMI-supported European Bank for induced pluripotent Stem Cells (EBiSC) to make the data available to the wider scientific community. The project is also contributing to IMI’s NEURONET initiative, which is pooling and promoting European research into treatments for neurodegenerative diseases including Alzheimer's, Parkinson's disease and multiple sclerosis.

‘Within this network of IMI Joint Undertaking-funded projects on neurodegeneration, the scientific impact of PHAGO will be extended to a wider community,’ Ebneth says.

The PHAGO project has received funding from the Innovative Medicines Initiative 2 Joint Undertaking under grant agreement No 115976. This JU receives support from the EU's Horizon 2020 research and innovation programme and companies in the European Federation of Pharmaceutical Industries and Associations.