IMI’s EHDEN project dramatically demonstrated the power of using clinical data in research by replicating, during a five-day ‘study-a-thon’, the results of a systematic review covering 20 years of research, and a multi-year clinical trial. 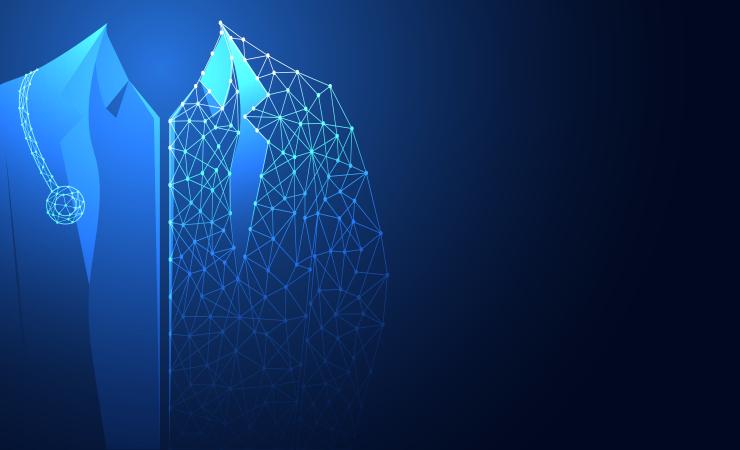 The findings, which focus on the pros and cons of different types of knee replacement surgery, are published in the journal Lancet Rheumatology. They show that it is possible to harness clinical data (such as electronic health records) from different sources and use it to generate information that could help patients and doctors to make better decisions about their care.

EHDEN’s goal is to explore the large-scale analysis of health data from diverse sources. The team picked the knee surgery question for their first study-a-thon following discussions and votes on online fora. It was a smart choice for two reasons. Firstly, there is a genuine research question. Although knee replacement surgery is one of the most common operations, there was a lack of evidence on which procedure offers the best results in the long term – total knee replacement (TKR), in which the entire joint is replaced, or unicompartmental knee replacement (UKR), in which only the affected part of the joint is replaced. Secondly, at the time of the study-a-thon, a standard randomised, controlled clinical trial (dubbed TOPKAT - Total or Partial Knee Arthroplasty Trial) on the same subject was close to completing. This would allow the EHDEN team to compare their results to TOPKAT’s. To add to the challenge, at the time of the study-a-thon in December 2018, the TOPKAT results were not yet available.

For their source material, EHDEN turned to five observational healthcare databases from the UK and the US, including thousands of people who had had either TKR or UKR surgery. For this study, the data was ‘de-identified’ to preserve patient privacy. Importantly, the data was mapped to a common data model to make it possible for researchers to compare information from different databases. To analyse the data, the team used open source health data analytical tools developed by the partner OHDSI (the Observational Health Data Sciences and Informatics programme). Armed with their data and tools, the EHDEN team holed themselves up in an Oxford college and started crunching the data. When they emerged five days later, they had a draft report of their results.

The team applied the same protocol as TOPKAT to decide which patients’ data should be included in the study (e.g. patients had to be over 40 and have osteoarthritis, but have no history of previous knee surgeries). This gave them a population of over 250 000 patients. They then tracked opioid (painkiller) use to identify patients with likely chronic pain resulting from the surgery. They also tracked which patients had experienced complications such as blood clots and infections. Finally, the team assessed the survival of the implant, as measured by the rates of ‘revision’ surgery, where the original implant is replaced.

Meanwhile TOPKAT published its results in June 2019, and while the results were similar, they were not identical. ‘Randomised controlled trials remain the gold standard for establishing efficacy,’ the EHDEN team concludes in the paper. ‘However, we feel that this study shows the value of real world evidence for complementing the evidence produced from randomised trials.’

‘This is particularly relevant for less common outcomes including safety and adverse reactions,’ adds one of the lead authors of the paper, Daniel Prieto-Alhambra of the University of Oxford.

They conclude by stating that the EHDEN team is to be ‘applauded for using innovative methods and adding to the evidence base, helping to better inform patients and surgeons in the shared decision making process.’

For their part, the EHDEN team is keen to build on this experience. ‘Future study-a-thon’s are planned during the duration of EHDEN,’ says Professor Prieto-Alhambra. ‘Watch this space!’