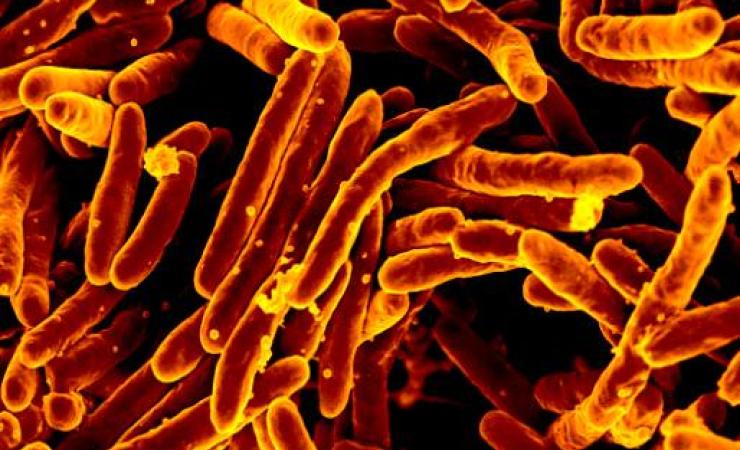 Once a major killer among the poor and those living in overcrowded conditions, the threat posed by tuberculosis has faded a little from public consciousness. However, the disease is not only still with us, but it remains a leading cause of death. According to the WHO 2019 annual report, an estimated 10 million new infections and 1.5 million deaths were attributable to TB in 2018. Furthermore, the increasing emergence of antimicrobial resistance (AMR) means that many of the existing treatments have lost their effectiveness. In the search for a solution, an IMI-funded project has been looking at ways to offer a viable alternative by overcoming existing issues with potentially effective treatments.

For many years, tuberculosis (TB) was a much-feared disease with no effective treatment available. As recently as the early 20th century, it was still considered a major public health challenge. Fortunately, an increasing understanding of the disease led to effective public health measures that were able to slow its spread and - by the middle of the last century - the first antibiotics effective against TB had been identified. This helped accelerate patient recovery and reduced the number and spread of cases.

However, in the 1980s, drug-resistant strains of TB began to emerge, leading the World Health Organization (WHO) to declare this a global health emergency in 1993. By 2017, over 10 million people had active TB and – with 1.7 million fatalities – it is one of the leading causes of premature death worldwide. Fast forward to 2021 and it was becoming clear that an unexpected consequence of the COVID-19 pandemic was a reduction in TB diagnoses and access to TB treatments. This was reversing years of global progress in reducing deaths from the disease. The first year-on-year increase (of 5.6%) of TB deaths since 2005 was observed in 2020 and the total number of fatalities returned to the 2017 level, with further increases expected in 2021 and 2022. Furthermore, drug-resistant TB now accounts for one in three of all antimicrobial resistance-related (AMR) deaths and the top three global hot-spots for these highly resistant infections are, India, China and the Russian Federation.

Clearly, new treatments – particularly new antibiotics - need to be found, but to date the pharmaceutical industry has struggled to deliver. As a response, the Innovative Medicines Initiative (IMI) established the AMR Accelerator to assist this research. However, the work of the AMR Accelerator is not solely devoted to researching new antibiotics, it is also looking for ways to make existing ones more effective. This was the objective of one of its projects, TRIC-TB.

The TRIC-TB team, made up of Swiss SME BioVersys and global pharmaceutical company GSK, has been working to revitalise two existing antibiotics – ethionamide and prothionamide – which were first developed some 60 years ago. While they were already known to be effective in treating TB, the problem was that they required high doses to be efficacious. This in turn could often lead to severe nausea and vomiting, making it difficult for patients to persist with treatment. Researchers recognised that if it were possible to boost the infection-fighting ability of these compounds, then it would also be possible to reduce the dosage and potentially overcome these unwanted effects.

The concept of a ‘booster’ approach, originally identified by partners at BioVersys and the University of Lille, is entirely new in antibiotics. Now, the project has identified that a new compound – known as BVL-GSK098 – provides the desired increase in efficacy of ethionamide. In animal models, it has allowed the dose to be reduced by as much as two-thirds. In a recent Phase I clinical trial, BVL-GSK098 was shown to be safe and well tolerated in healthy human volunteers at therapeutically relevant doses. This is a significant step in the fight against TB, one that Pierre Meulien, Executive Director of the Innovative Health Initiative (IHI) - which manages the IMI projects - described as a “fantastic achievement”. Dr Glenn Dale, Chief Development Officer at BioVersys said that the positive outcome of the trial would allow a Phase IIa study in patients with pulmonary TB later in 2022.

There is still a long way to go until the combination of BVL-GSK098 and ethionamide or prothionamide could be approved for use in pulmonary TB clinical practice. However, this is a highly encouraging development in the fight against a still-considerable global threat. Furthermore, the approach also offers a unique opportunity for the treatment of TB meningitis. TRIC-TB is a demonstration of the excellent work taking place within the AMR accelerator.

TRIC-TB is supported by the Innovative Medicines Initiative, a partnership between the European Union and the European pharmaceutical industry.