Calculated: the real cost of RSV, a common but often fatal childhood disease 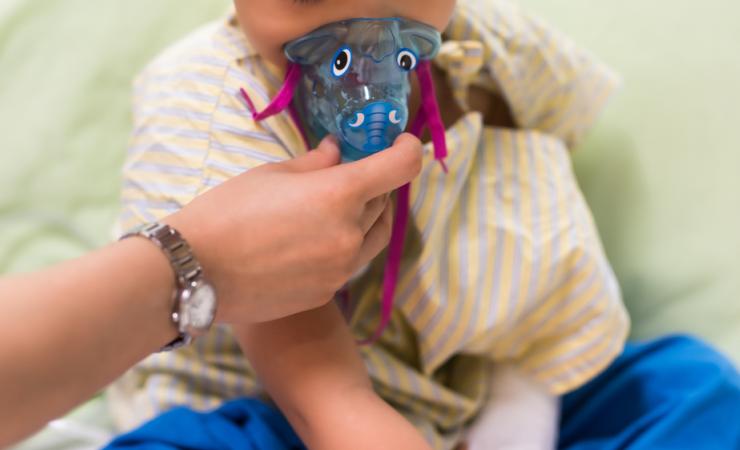 RESCEU produced the most comprehensive evidence on the burden of disease of RSV. Image by Blanscape via Shutterstock

Anyone can catch respiratory syncytial virus, and most people are infected before their fifth birthday. Symptoms can vary from mild to deadly. Young children are at greatest risk, though it can also be serious for older people and those with other health problems. To try to get the full picture of how much of an impact the disease has on populations and public health systems, a team of researchers, policy makers, pharma sector representatives and patient advocates came together under the RESCEU project to produce an evidence-based tally of the costs of the disease, with the ultimate aim of using the data to feed public health strategies.

Some of the scientific publications produced by RESCEU have been compiled in a supplement published in the Journal of Infectious Diseases, and it represents an important source of evidence for policy makers, explains Professor Harish Nair, RESCEU coordinator and Chair of Paediatric Infectious Diseases and Global Health who also leads the Respiratory Viral Epidemiology research programme at the University of Edinburgh.

Q. How significant is this collection of scientific publications?

Professor Harish Nair: The publications from RESCEU are certainly the most comprehensive evidence that has been put together in recent times that present the burden of disease of RSV.

Q. Can you give us an example of the kind of data you were able to gather?

Separately, in a 2019 paper in the Lancet Infectious Diseases, we reported the first attempt to model RSV seasonality (the variation in transmission of RSV from month to month in a calendar year) at the global level. In another BMC medicine paper, we reported the first cost effectiveness estimates for potential RSV interventions - maternal vaccines vs monoclonal antibodies -  in children under five for 72 countries. In another paper, we reported on our successful attempt to develop an antibody assay to detect five RSV proteins that can be used for large-scale serosurveillance (estimate of antibody levels in a population) or vaccine trials in future.

Q. What happens with all this data?

Professor Harish Nair: This is the beginning of the process to generate evidence to influence policy specifically for the EU. We have been working with the European Centres for Disease Control and prevention (ECDC) and have kept them informed of our findings. We have also been working with them and national public health agencies to develop guidance on RSV surveillance at country level, which would be required prior to the introduction of RSV immunisation.

At a global level, our work on seasonality of RSV has led to further research in collaboration with the World Health Organisation to understand the implications for a seasonal administration of RSV immunisation, compared to strategy for year-round administration. This has been recently published in a paper in Lancet Infectious Diseases. This will likely inform the WHO’s guidance for low- and middle-income countries.

Q. What surprised you most about the research?

Professor Harish Nair: I think what surprised us most was the variability in the sensitivity of rapid diagnostic tests (e.g.  BinaxNOW) for RSV in infants. This was particularly low - only 7.6% overall across various severity categories and clinical settings - and had not been reported before.

Q. What further evidence is needed of the burden of disease that wasn’t covered in RESCEU?

Professor Harish Nair: What remains to be done to definitively demonstrate disease burden is a vaccine probe study (a randomised clinical trial of a vaccine of known efficacy, where the difference in the incidence of disease between vaccinated and unvaccinated people is assessed). But for that we need a licensed RSV vaccine or monoclonal antibody. Such a study could also address gaps around long-term sequelae of RSV infection in infancy (recurrent wheeze and asthma in later childhood).

Q. How far are we from a licenced vaccine or monoclonal treatment?

Professor Harish Nair: There are three candidates for passive immunisation of infants (maternal vaccines, monoclonal antibodies) and one candidate targeting the elderly in Phase three clinical trials. Last week Sanofi announced that their long half-life monoclonal targeting infants, one of the three mentioned in Phase three, has achieved its primary end point. The candidate has fast-track clearance with European Medicines Agency (EMA), the US Food and Drug Administration (FDA), and the UK's Medicines and Healthcare products Regulatory Agency (MHRA). This would mean that we could have a licensed product in next 12-18 months.