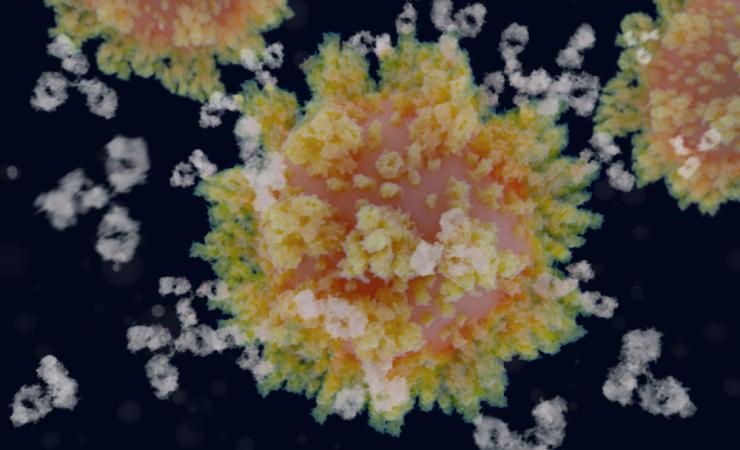 Image by Juan Gaertner via Shutterstock

The CARE partners have demonstrated that cryo-electron microscopy (a method that can reveal 3D images of molecules in specimens that are frozen at extremely low temperatures) can be used to speed up the discovery of antibodies that can block new coronavirus variants from entering our cells.

One of the biggest fears as the pandemic progresses is the potential of future variants to be able to evade immunity. This rapid ‘epitope mapping’ of a large number of antibodies allows researchers to identify vulnerable sites on the spike protein, as well as predict and interpret the effect of new mutations, and speed up decision-making in selecting effective antibodies.

Using an ‘optimised workflow’ for preparing samples, coupled with state-of-the-art data collection technology, the CARE researchers show that this part of the drug discovery process can be expedited, which will be vital for COVID-19 and future pandemic threats. More details about the research, which was carried out by CARE partners Takeda and Utrecht University in collaboration with Thermo Fisher Scientific, can be found in a white paper published online.

A CARE research group investigated an orally administered, direct-acting antiviral drug candidate called AT-527 (also known as Bemnifobuvir). Inside human cells it is converted to AT-9010, which can stop the virus from replicating.

The antiviral was found to presumably stop viral replication in two ways: firstly, at the level of viral RNA, stopping the synthesis of viral genomes, and inhibiting the activity of nucleotidyltransferase, an enzyme that plays an essential role in the viral replication.

This dual mechanism means that AT-527 is a promising research avenue against COVID-19. Detailed findings from the study, which was led by CARE partner Aix-Marseille University, have been published in Nature Communications.

CARE is supported by the Innovative Medicines Initiative, a partnership between the European Union and the European pharmaceutical industry.