IMI’s IMIDIA project set out to study the function of a certain type of cells found in the pancreas which, when malfunctioning or weak, are thought to cause diabetes. We spoke to three of the researchers involved in the project about one of its biggest achievements: the identification and validation of a human beta cell line that behaves in the lab in the same way as the cells found in the human body. 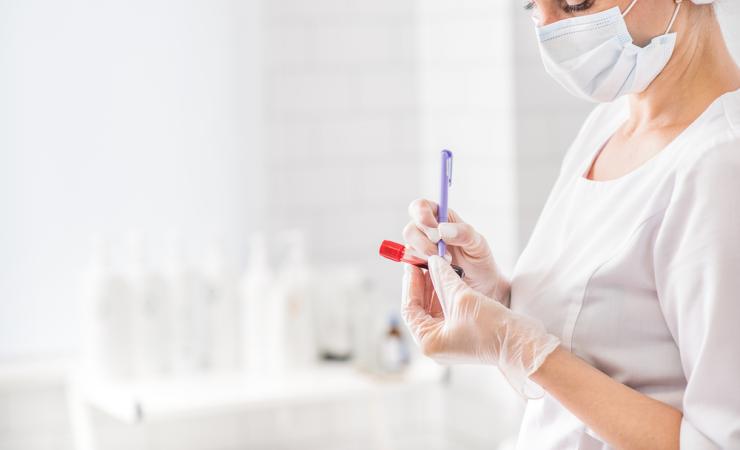 Image by lena Yakobchuk via Shutterstock.

There is no cure for diabetes, and this debilitating disease is on the rise across the globe. The International Diabetes Federation (IDF) reports that there were over 425 million people living with the disease in 2017, and predicts that by 2045, that number will increase to 628 million. The WHO lists diabetes as the seventh leading cause of death in the world.

Type 2 diabetes accounts for around 90% of all cases of the disease. Mostly diagnosed in older adults, it is increasingly being diagnosed in children, adolescents and younger adults, thanks to rising levels of obesity, physical inactivity and poor diets. This type of diabetes is characterised by insulin resistance, where the body does not fully respond to insulin. Insulin is a hormone that is produced by the pancreatic beta cells and plays a vital role in maintaining blood sugar levels. Because insulin cannot work properly, blood glucose levels keep rising, triggering the release of more insulin. This can eventually exhaust the pancreas, resulting in the body producing less and less insulin, causing even higher blood sugar levels, which leads to hyperglycaemia.

A better understanding of beta-cell dysfunction

IMI’s IMIDIA project sought to research the function and survival of pancreatic islet beta cells, which, when not working properly, or weak, are thought to be the culprit behind the development of type 2 diabetes.

IMIDIA researchers Bernard Thorens and Peter Hecht from the University of Lausanne, along with Werner Kramer of Sanofi, describe the problem: ‘In type 2 diabetes patients, the insulin-secreting beta cells show significant dysfunction prior to the diagnosis of insulin resistance. As a result of insulin resistance, secreted insulin is no longer able to maintain normal glucose levels after a meal. This leads to fasting hyperglycaemia despite increased blood levels of insulin,’ they explained. Over time, this leads to the continuous loss of beta-cell function and the decline of beta cell mass, until the diagnosis of overt diabetes with fasting hyperglycaemia and impaired glucose tolerance.

At the start of IMIDIA in 2010, the molecular and physiological mechanisms responsible for beta cell dysfunction, beta cell loss and beta cell renewal were far from well understood. Therefore, no focused research for drugs, approaches to restore beta-cell function and improved patient management were possible. Most knowledge regarding the function of beta cells was obtained using beta cells from rodents; however, the biology and physiology of beta cells from rodents and humans differ significantly, which hampers the search for and development of drugs that can maintain or restore their function in patients.

One of the biggest challenges for the project was understanding the key mechanisms underlying beta cell dysfunction and loss in diabetes, as well as the mechanisms of beta cell proliferation and differentiation. The team focused on creating new tools and methodologies to enable research in the context of the human disease, and on generating and validating a human beta cell line. One of the greatest achievements of the project was the identification and validation of the first ever validated human beta cell line that behaves in most physiological ways like a beta cell line in the human body. This breakthrough allowed the project partners to be able to investigate the workings of beta cells in the context of diabetes in humans.

Thanks to the pharmaceutical industry’s validation of the human pancreatic beta cell line, the biotechnology SME Endocells SARL, an IMIDIA partner, patented this finding as an innovative research tool. That allowed them to further develop the cell lines, making them available to other IMI projects and for further collaboration in industry and academia.

In addition. the IMIDIA scientists worked on new in vivo disease models and in vitro methods, and they identified new biomarker candidates for the risk of diabetes, beta cell loss and disease progression. Another important finding was the identification of a signature of lipid molecules in the blood of six different mice strains that were predictive for the risk of developing type 2 diabetes. The relevance of these lipid molecules as an early predictor for type 2 diabetes was confirmed by analysis of blood samples from human individuals from two different clinical cohorts.

The biggest biorepository in the world

The IMIDIA consortium has built the world’s largest and most comprehensive biorepository of human beta cells/islets from healthy individuals and diabetic patients (around 200 from diabetic patients and 300 from healthy individuals), with systems biology analysis with the integration of functional and broad omics data. Thanks to this, 19 candidate genes were identified as potential key targets for the development of the diabetes disease.

A close scientific network that will continue

When it comes to the future use of IMIDIA results, the three scientists that led the project say that the collaboration between researchers from industry and academia within the project led to the creation of a close scientific network in diabetes research. ‘The major assets and results from IMIDIA are currently still fully available for IMI projects and other collaborations due to the generation of a non-profit follow-up Beta Cell and Diabetes Platform (BCDP). Thanks to this, the integrated data and information platform from IMIDIA can be and is intensively used by other IMI consortia like RHAPSODY or INNODIA, as well as by the organisations contributing to the BCDP,' they said.

IMIDIA’s results have accelerated the search for new, innovative diabetes treatments. Thorens, Hecht and Kramer say that with the generation of the first validated human beta-cell lines, drug discovery programmes are now possible that can identify and develop drugs that specifically improve and restore disturbed beta cell function in diabetic patients.

‘Several companies are running such programmes, offering the option for a specific beta-cell medicine in clinical use,’ they said, adding that the finding of a predictive signature of lipid molecules for future diabetes risk is currently under intensive investigation in the RHAPSODY consortium. ‘With the findings so far that diabetes risk could be identified up to nine years prior to clinically manifesting, early recommendations and treatment options for people at risk may become possible to delay or even prevent the onset of the disease,’ say the IMIDIA scientists. All three agree that the strongly collaborative character in IMIDIA was the key to the project’s achievements.