Dr Hugh Laverty takes over the reins at IHI

Dr Hugh Laverty has taken over as interim Executive Director at the Innovative Health Initiative (IHI), following the departure of Dr Pierre Meulien. 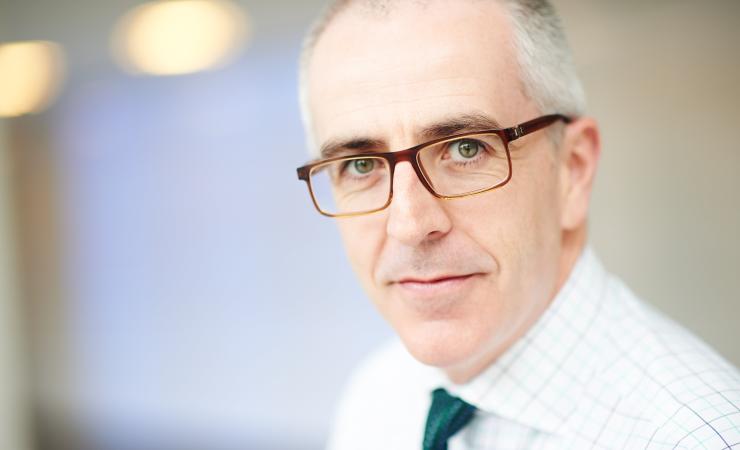 Dr Laverty joined the Innovative Medicines Initiative (IMI, the fore-runner of IHI) in 2011, and has been Head of Scientific Operations since 2015. In that role he was heavily involved in managing the transition from IMI to IHI. A molecular biologist by training, he worked in both academia and industry before joining IMI.

‘All of us on the IHI team are very grateful for Pierre’s leadership and dedication during his time as Executive Director,’ said Dr Laverty. ‘We will all miss him, but I intend to continue his good work and maintain his high standards until a new Executive Director can take over.’

Pierre Meulien joined IMI as Executive Director in September 2015, during the early days of the IMI2 programme. During his time at the helm, he worked hard to ensure the success of the programme, which funds 123 projects covering areas as diverse as infectious diseases, neurodegenerative diseases and diabetes, as well as medicines safety and digital health, to name just a few. He was also instrumental in attracting IMI2 Associated Partners, who invested their own resources in the programme to the tune of over EUR 200 million.

More recently, he oversaw the transition from IMI to IHI, including the establishment of the new governance bodies and the launch of the first calls for proposals.

‘Being Executive Director of IMI and now IHI for the past seven years has been a hugely rewarding experience. Seeing first-hand the difference our projects are making in so many ways has been a constant source of inspiration for me,’ said Dr Meulien. ‘Looking to the future, I am confident that IHI will continue to grow and impact the future of health research, innovation and care.’

In line with normal practice for senior posts in the EU institutions, the recruitment of the new IHI Executive Director is being handled by the European Commission’s Directorate-General for Human Resources and Security. The vacancy notice was published at the end of January 2022, and the recruitment process is still ongoing.

Our Executive Director page includes Hugh Laverty's bio, plus more information on the recruitment process for the next director.