The European Liquid Biopsy Society, an offshoot of the IMI project CANCER-ID, is pushing the science on liquid biopsies closer to clinical reality 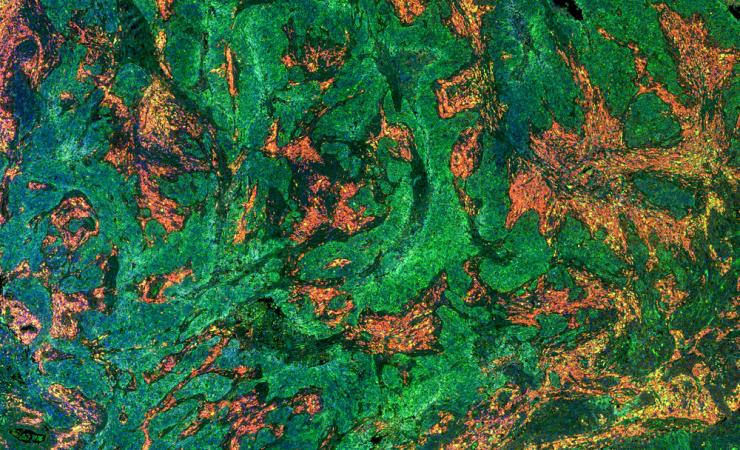 Liquid biopsies are possible because tumours shed bits of themselves into the bloodstream. Image by Carl Dupont via Shutterstock

The ability to detect and study tumours through a mere blood sample – a minimally invasive procedure – would have huge implications, and a lot of progress has been made in the development of different technologies that achieve this ambitious goal. However, despite extensive research into ‘liquid biopsy’ (LB) methods in recent years, most technologies have yet to be transferred to clinical practice. To overcome some of the existing hurdles and deploy LB-based assays widely, the European Liquid Biopsy Society was set up as an offshoot of the IMI-funded CANCER-ID project.

The ELBS is made up of fee-paying members from academic institutions, big pharma and diagnostic companies together with SMEs. It was established by Prof. Klaus Pantel, physician and tumour biologist at the University hospital Hamburg-Eppendorf (UKE). As of February 2022, the ELBS has 64 members, with new members joining constantly. Members meet to discuss common goals and interests, ranging from technology benchmarking to the development of regulatory roadmaps for liquid biopsy biomarkers and assays.

Liquid biopsies are possible because tumours shed bits of themselves – cells and fragments of DNA – into the bloodstream, and these biomarkers can point to the presence and evolution of disease. In the CANCER-ID project, Dr Pantel and his collaborators tested different technologies for isolating and analysing three specific biomarkers, carried out extensive benchmarking of technologies and drew up many protocols for use in clinical trials. The ELBS is transferring the lessons and data amassed in CANCER-ID and elsewhere into clinical care for patients.

According to Dr Pantel, “We are putting all our collective energy to this exact goal of bringing LB into clinical practice. On the more technological side, we are currently in the process of supporting interested ELBS labs in their ISO-15189 certification for specific LB assays. ISO certification represents a necessary prerequisite for reimbursement of LB assays; establishing ISO labs will represent a significant step forward.”

They are also in the final steps of launching a virtual biobank directory that will function as a point of contact for researchers and industry members to collaborate in joint projects using existing (or prospective) sample collections. “Also, within the ELBS we are closely following the new wave of regulatory requirements that will be implemented by the EU in the middle of this year,” adds says Claudia Koch, project manager at the ELBS. “We are intensively discussing this shift with our members to ensure the field is well prepared for the upcoming changes.”

“Also, we are in the process of developing a regulatory roadmap for liquid biopsy biomarkers and assays that we would like to approach regulatory agencies with and complete in unison with them,” adds Dr Pantel. “This would be of significant support to the academic and industry partners giving them a clearer idea of how to work towards and finally achieve regulatory approval in the EU member states.”

CANCER-ID was supported by the Innovative Medicines Initiative, a partnership between the European Union and the European pharmaceutical industry.