The IHI Science and Innovation Panel – ‘a diverse and interesting group’

The Science Innovation Panel (SIP) is a new body set up under IHI to advise the Governing Board on a range of matters. In an interview with the IHI Programme Office, chair Anna Chioti and vice chair Ralf Herold talk about the new group, and how it works to incorporate a wider range of stakeholder views on IHI’s activities, starting from the earliest stages of call topic development. 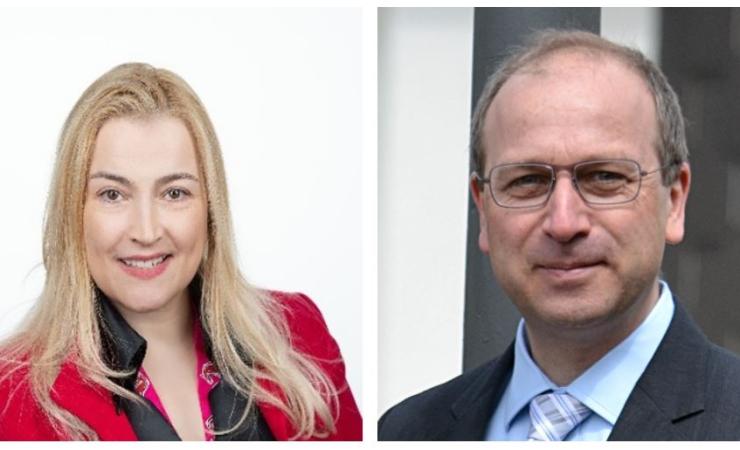 Who are the members of the SIP and what expertise do they bring to the table?

Ralf Herold: The set-up of the Science and Innovation Panel is notable because it has six stakeholders from the healthcare community like HTA [health technology assessment] organisations, regulatory organisations, healthcare provider organisations or patient organisations. Then there are four members who are representing the scientific community, in addition to the founding members and the States Representatives Group.

Most of the members have several qualifications – they are engineers, or medical doctors, or medical scientists or biologists, but in their career have been in positions where they have to take broader decisions or lead, or even attained second qualifications. So it’s fascinating because the members bring both their personal competencies from their scientific background and their experience to the discussions, and this allows them to make comments on strategic aspects for example.

Anna Chioti: I am pleased as a chair because it is a very diverse and interesting group, and we will learn from each other by listening to each other’s feedback and expertise.

Anna – you were a member of the IMI Scientific Committee – what are the similarities and differences between that committee and the SIP?

Anna Chioti: The IMI scientific committee was made up of people from the scientific community, so even though we had different backgrounds, we had a kind of common language. In the IHI Science and Innovation Panel, we have the scientific community plus other stakeholders who actually constitute the majority of the SIP. So, while the procedures are more or less the same, the challenge is to create the dialogue because somehow, we need to try and understand each other to make sure that at the end, we can find a common language to convey the advice of the SIP to the Governing Board.

The Science and Innovation Panel (SIP) plays an important role in assessing IHI’s call topics, including early-stage topic ideas submitted by a range of stakeholders – how do you do this in practice?

Anna Chioti: We have a dedicated platform where we receive all the documents. The feedback is organised via the formal meetings, and we also gather independently to discuss among ourselves. We provide feedback on the relevance of the idea, if it is aligned with the Strategic Research and Innovation Agenda, and whether the idea is worth developing further into a call topic. Generally, there is alignment but of course everyone brings additional, complementary perspectives, and this additional dimension is very rich and important to the IHI Governing Board.

Ralf Herold: It’s excellent how Anna integrates this and checks that even if the comments are from individuals, others are on board and happy. She’s creating a pathway for increasing trust and understanding and that’s important.

You’ve already assessed the first topic ideas from external stakeholders – based on what you saw, what advice would you give to someone who wants to submit an idea for an IHI topic in the future?

Anna Chioti: Sometimes the idea is described in a too broad manner, but at the same time, you can’t be too restrictive because it has to showcase the fact that it allows cross-sectoral, public-private partnership approaches.

Ralf Herold: This is a personal view, but I value it when there’s a very brief but pertinent summary of where the science is and where the potential is clarified, but without hyping it.

Anna Chioti: I agree. If you present an idea where you address what is the current state of the science, here is an unmet medical need, this is how we propose to address it… it’s straightforward. You don’t need to have a beautiful marketing sales pitch to sell your idea; if you are convinced about your idea and you know how to explain it to others and how this could bring added value to patients and society, these are elements that we can easily identify as important.

What do you hope the impact of the SIP will be?

Ralf Herold: I hope we provide good guidance for the Governing Board - there’s a sense of responsibility for this, and this is what drives the wish to influence the board.

Anna Chioti: Some members have already told me that they want to provide not just scientific, but innovative feedback, and really have a transformative impact on the way that IHI achieves its goals and turns its vision into a reality.

At the same time, participating in the SIP is also transformative for the members because they will learn a lot from each other and from the ideas that are submitted – it’s a great way of what I call ‘horizon scanning of the science of tomorrow’, because the ideas of today will be the developments of tomorrow. So speaking for myself, we are privileged to sit in the SIP.

We’re still in the beginning of the process - we have only had three meetings so far and the first two were virtual. The third meeting helped us very much because most of us were present physically there, so we could exchange and learn more about each other’s backgrounds… it’s like relationships, you need some time to build it and the way we work will probably be fine-tuned along the way. But I’m confident. We are a very good group!