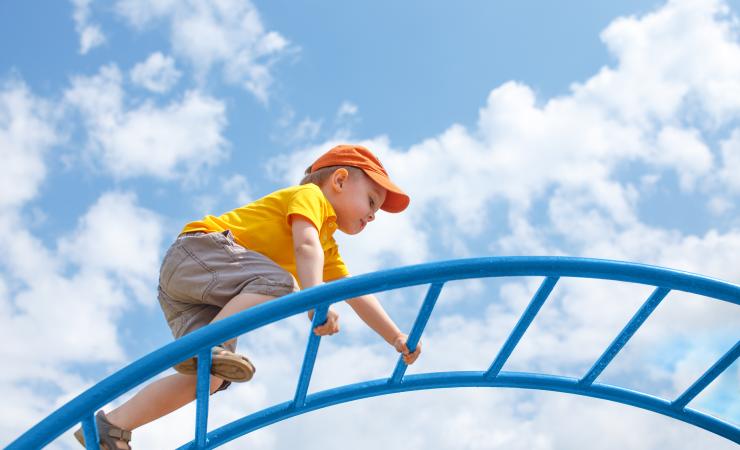 ITCC-P4 is creating hundreds of different childhood tumours in mouse models in order to study them in detail. Image by EvgeniiAnd Shutterstock

Childhood cancer is rare. That’s a good thing, but it means that relatively little scientific attention gets paid to it, at least in comparison with the disease in adults. Because the number of people affected is relatively small, childhood cancers are effectively rare diseases, which makes it hard for drug makers to justify the investment required to develop new drugs. And though some of the drugs used to treat adults with cancer also work in children, the biological and clinical characteristics of nearly all childhood cancers differ substantially from adult cancers. They need targeted treatments.

Pharma companies have in their possession molecules that hold promise as drugs for use in child cancer patients, but there has been a lack of tools and animal models that can be used to test the molecules’ effects on tumours. ITCC-P4 was conceived to fix this problem; the consortium of industry giants is creating hundreds of different childhood tumours in mouse models in order to study them in detail and, ultimately, use them to test out promising molecules that will lead to new drugs.

“Many molecules have promise, but they often fail in clinical trials,” says Louis Stancato, a leader in paediatric development at Eli Lilly. In 2015, the company came up with the idea of building a preclinical paediatric cancer research platform. “We wanted to build what would essentially be a parallel of what's already out there for adults. The platform would allow us to identify molecules with promise that could then be moved down the clinical pipeline, and ultimately, to patients.” Tumours would be taken from children and planted in mice, and these so-called ‘patient-derived xenograft models’ would then be used to identify which promising molecules can fight cancer in the mouse models before being evaluated in children.

A coalition was built between a number of different industry actors who teamed up with some of the best academic paediatric cancer researchers. The consortium initially concentrated on the ‘major’ solid tumours, but the team has been able to expand to include more rare - but no less lethal – tumour types, having recently brought on board new pharma and academic partners who are well-versed in liquid tumours (leukaemias).

“Many companies are now building paediatric components that previously did not exist, and they see that our platform is the most advanced, as well as the most visible,” says Dr Stancato. “Their joining has allowed us to attack the kinds of paediatric cancers, such as liquid tumour models, that were not originally foreseen in the project, but that we had always hoped we could do. Now that we have this expertise in-house, we are a truly comprehensive preclinical platform that encompasses the vast majority of all paediatric tumour types.”

A catalogue of tumour types

“Our most fervent hope is that the tumour models within the platform represent the heterogeneity across paediatric tumour types. So, let’s say for instance – and this is really oversimplifying it – in the case of childhood sarcoma, there are 30 ‘ways’ for a normal cell to essentially go haywire and become a childhood sarcoma. We expect to have in our models those 30 ‘ways’ represented.”

“In other words, a patient comes into a clinic, a chunk of his or her tumour is taken and then sequenced, and it’s found that, for example, the cell has gone awry in this particular way. The idea is that we have models like that in our repertoire and we can test molecules against that particular mode of tumorigenesis. We can see which drugs are efficacious, which ones are active. If the child has a certain mutation, well we hope to have that mutation represented in our collection, and hopefully we can identify drugs in the pipeline - or maybe even on the market already - that might target that particular mutation.”

“Unlike chemotherapy – which still has its place and probably will still have its place moving forward - we think we will be able to understand the molecular drivers, in other words, what's causing that tumour.”

The project is currently in conversation with other potential partners that will allow them to take the platform ‘to the next level’, according to Dr Stancato. “We have an extensive targeted agent testing component. With more funding, we would be able to get into novel creative combinations of drugs and approaches to dosing etc. We want to expand to use other concepts such as artificial intelligence and machine learning to really break open what drives tumours, and identify how we can attack them from multiple angles. That's the concept of combination therapy.”

“Without the public funding that IMI has brought forward, I think there’s no way that this could happen,” he says, adding that the ability of the competing pharma companies to collaborate and share not only knowledge but also risk as essential to breaking the deadlock. “There is no one-stop shop for evaluating drugs for kids with cancer. There are some testing vehicles out there, like the Preclinical Paediatric Testing Consortium run by the National Cancer Institute in the US, but it has limited capacity, and is unlikely to meet the testing needs of the entire industry.”

Smoothing the path to approval

The project is in regular communication with regulating authorities. As with all IMI projects, this interaction is encouraged as it can help smooth the approval process that new medical innovations are subjected to. “There’s a huge computer-based bioinformatics suite that underpins the entire platform. It allows us in real time to understand the models and generate new data and new ideas or hypotheses as we conduct more and more testing. We’re working with the regulatory leaders in the space to help us understand how we can position the data generated from the platform to ensure that we can move our molecules along the regulatory pathway.”

The ITCC-P4 consortium includes patient advocates, who help keep the team focussed on the ultimate goal, says Dr Stancato. “The urgency is palpable. The patient advocates really point us in the right direction. All of the things that get in the way of success for drug discovery in general, they have a way of just pushing that all aside and helping us focus on what's important: identifying the right drugs for kids.”