Notorious superbug found to be a hidden disease outside hospital settings

Researchers from COMBACTE-CDI filled important knowledge gaps on the scale of C. diff infections, and sequenced the genomes of hundreds of strains for future researchers 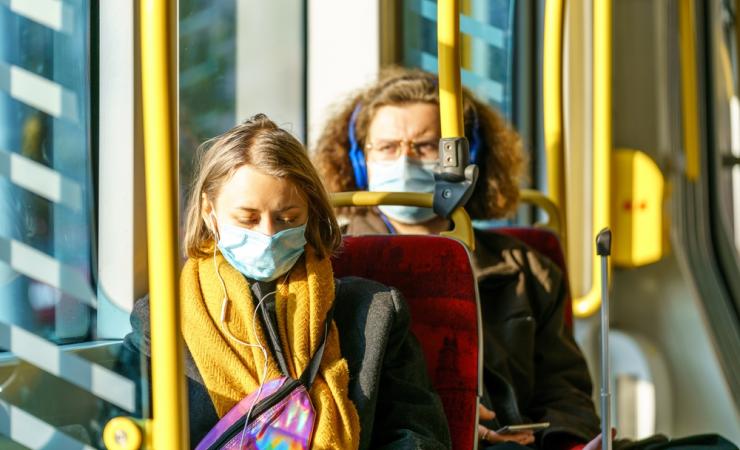 COMBACTE-CDI found that there are as many as three times more people with C. diff infections in the community as there are in hospitals. Image by Orso via Shutterstock

The highly contagious bug Clostridioides difficile or C. diff causes thousands of deaths every year in Europe. It can cause extremely unpleasant, sometimes severe or even fatal diarrhoea, often in the elderly or other vulnerable groups. It’s linked to a taking a course of antibiotics, which helps kick off an overgrowth of the bacteria in the gut that is normally kept in check by healthy bacteria, leading to production of a toxin that damages the lining of the gut.

A lack of studies has masked the real cost of the illness, both in terms of mortality and quality of life, as well as the financial cost to public health systems. People who get infected often get reinfected, which can lead to long hospital stays and a prolonged illness. That’s why in 2017 the Innovative Medicines Initiative project COMBACTE-CDI was launched in order to create an epidemiological snapshot of C. diff infection (CDI), both inside and outside healthcare settings.

An update to decade-old data

Their findings helped confirm some long-held suspicions about CDI, including the intuition that there are many cases in the community that aren’t being counted, meaning people are being exposed to the bug out in the real world and getting sick but not getting diagnosed.

The project researchers found that there are as many as three times more people with infections in the community as there are in hospitals, but that these are not found because of a lack of ‘clinical suspicion’. Hospital cases also turned out to be missed by clinicians, but to a lesser extent. Other important findings relate to the types of C. diff that circulate: certain types are only found in hospital cases, but others, notably one called RT078, was found at similar levels in both the community and hospital. This, the researchers concluded, suggests a common transmission source.

In terms of regional differences, the findings show that countries that test less have more outbreaks of infection (epidemics), and that in those countries, there are more cases of the particular types of C. diff that tend to lead to these epidemics. Interestingly, they found that even though antibiotic prescribing overall can be linked to outbreaks, the type of antibiotic matters. The project partners concluded that more testing coupled with fewer antibiotic prescriptions could do a lot to bring the number of cases down.

COMBACTE-CDI was also the first research effort to study animal and food reservoirs alongside human cases, and the researchers’ findings suggest that humans are potentially being constantly exposed to the bug in foods like potatoes, which can be heavily contaminated with C. diff.

These findings are a much-needed refresher on the now-outdated data from the European disease monitoring body, the ECDC, published a decade ago, that was being used to inform public health policy on keeping C. diff numbers under control. The results will contribute to efforts to find treatments, as well as the development of a vaccine, and the variation found across Europe in terms of adherence to guidelines have led the researchers to call for more education for healthcare professionals.

The project has now finished, but COMBACTE-CDI have gifted the scientific community a valuable cache of data and tools. In particular, the project has left behind a valuable collection of C. diff strains, whose genomes have been wholly sequenced. This collection helped provide evidence to challenge an incorrect assignment of strains in an outbreak in Greece while the project was ongoing. Nearly 300 different strains were sequenced and compared during the project.

One of the COMBACTE-CDI partners, diagnostics specialist bioMérieux, contributed proprietary tools for use in the project, including one that has been purpose-built to compare types of different organisms. It’s intended for non-specialists who want to monitor infections in places like hospitals, as it allows them to create a dashboard that tracks which type of C. diff is infecting whom, and when.

“During the project we had the opportunity to really speed up the ‘menu’ for CDI in the tool – it was on our shopping list, you might say,” explains Philippe Cleuziat, who leads public-private partnerships at bioMérieux’s Open Innovation Department. “We also provided syndromic diagnostic tests with multiplex PCR technology to simultaneously detect a panel of different relevant microorganisms from a single sample, not just bacteria but also viruses and parasites. It detects C. diff and also other organisms that might be co-infecting.”

“In people with diarrhoea that turned out to be negative for C. diff, we wanted to know which organism was responsible for infection and symptoms. The correct diagnosis is important,” he said, adding, “it helps avoid generating new resistant bugs, due to the overuse or misuse of antibiotics.”

The findings are important for places like hospitals and care homes where rates of CDI are high, and for public health decision-makers who need to know the scale of the problem they are dealing with. “When you have an infection that is underdiagnosed,” said Dr Cleuziat, “you cannot have any reliable health policy guidelines.”

The datasets and models created by COMBACTE-CDI will soon be available for other researchers to use, and they have already fed into the creation of a new point-of-care CDI diagnostic test in a UK university.

COMBACTE-CDI is supported by the Innovative Medicines Initiative, a partnership between the European Union and the European pharmaceutical industry.