Former IMI patient education project EUPATI is going global with the launch of a national platform in Japan, and the translation into Japanese of its toolbox. The move highlights EUPATI’s role as a global pioneer of patient education. 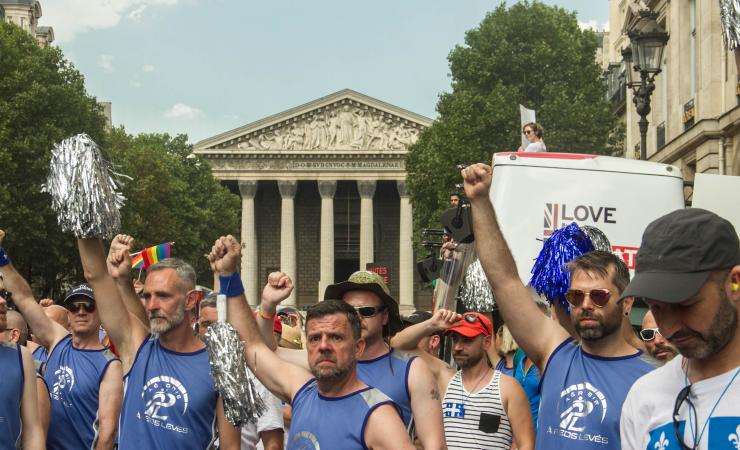 Launched in 2012, EUPATI has led the way on patient education in medicines research and development. Around 160 people have graduated from the project’s patient expert course, and millions of people worldwide have accessed the EUPATI toolbox, an online, multilingual resource packed with patient-friendly resources on medicines research and development. In addition to this, the project established national platforms in over 20 European countries.

Now, the creation of the ‘Patient and Public Involvement Consortium in Japan’ (PPI Japan) marks the first EUPATI national platform outside Europe. The PPI Japan story began in 2016, when Satoshi Miki, Vice-President of UCB Japan, learnt about EUPATI during a meeting with the Chief Patient Officer of UCB in Brussels.

‘I was astonished and stunned with its objective and the system that had been already well advanced and up & running in Europe,’ said Mr Miki, who is now a board member of PPI Japan. ‘I felt strongly that patient involvement should be made available in Japan.’

Meanwhile, an academic in Tokyo started collaborating with a member of EUPATI, and Pfizer Japan R&D colleagues started investigating how EUPATI could best be used in Japan.

Simply copying and pasting EUPATI was not an option. ‘The background and relationship of patients and medicine as well as cultural aspects in Japan are so different from those in Europe,’ explained Mr Miki. ‘Rather, we are fully utilising the best practice of patient engagement initiatives in the world, like EUPATI, for the benefit of patients and the general public in Japan.’

In July 2019, the ‘General Incorporated Association PPI Japan’ was established as a legal entity, and it formally started its activity in April 2020. Currently, its funding comes from individual and organisation membership fees, but plans are afoot to expand PPI Japan’s sources of income by running paying meetings and workshops, and applying for project funding, among other things.

One of PPI Japan’s first tasks was to translate the EUPATI toolbox into Japanese – this went live at the beginning of the autumn. Most of the content of the toolbox is relevant to patients anywhere in the world. However, the PPI Japan team is creating new texts on regulatory systems, pharmacovigilance and health technology assessment (HTA) to reflect how these things work in Japan.

Looking to the future, PPI Japan’s priorities are to continue its collaboration with EUPATI, introduce the EUPATI tools in Japan, and support the involvement of patients and the public in medicines development. It also plans to take inspiration from the EUPATI patient expert course and other similar courses, and, together with Japanese patient organisations, explore how a similar course could be set up in Japan.

In the longer term, PPI Japan hopes to be able to share its own knowledge and experiences internationally.

Asked what he would say to other countries interested in setting up a EUPATI national platform, Mr Miki offers the following advice. ‘It is important to find appropriate key individuals as a partner from patient supporting groups (patient advocates), academia, healthcare professionals and health authorities and medicine-related industries,’ he says. ‘Co-create shared objectives and activities, and consider how to become financially sustainable with an appropriate funding system.’

More broadly, he underlines the importance of having the right mindset: ‘Gently connect with others, listen to others with care and an open-minded manner, and respect and embrace diversity.’