COVID-19 vaccines do not raise the risk of developing four rare neurological disorders, but an increased risk was seen in unvaccinated infected people with the disease. 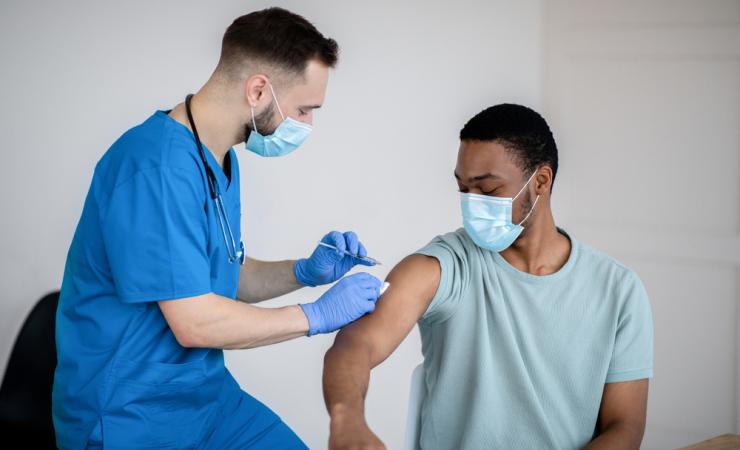 The COVID-19 vaccines approved for use by the European Medicines Agency demonstrated their safety and efficacy at preventing serious disease in clinical trials, and billions of doses have been administered to people worldwide. As is standard for all medicines and vaccines, regulators continued to monitor the safety of the vaccines once they started to be used in the wider population. This monitoring revealed concerns that certain rare immune-mediated neurological disorders could be associated with some COVID-19 vaccines.

For example, reports that some people had developed the nerve condition Guillain-Barré syndrome prompted the EMA to list it as a rare side effect related to the Oxford-AstraZeneca and Johnson & Johnson viral vector vaccines. The syndrome has also been reported in association with mRNA vaccines. In addition, cases of Bell’s palsy (facial weakness), encephalomyelitis (inflammation of the brain and spinal cord) and transverse myelitis (inflammation of the spinal cord) have been reported following vaccination with both viral vector and mRNA vaccines. Although these cases are not necessarily linked to the vaccine, their appearance shortly after vaccination warrants further investigation.

In this latest study, scientists from Innovative Medicines Initiative (IMI) project EHDEN set out to explore any association between COVID vaccination and COVID infection, and rare immune-mediated neurological disorders. To do this, they drew on data from two large electronic primary health record databases in Spain and the UK. The databases included information on over 8 million people who had received at least one dose of a COVID-19 vaccine (Oxford-AstraZeneca, Pfizer-BioNTech, Moderna, or Johnson & Johnson); just under 750 000 unvaccinated people who had tested positive for COVID-19, and over 14 million people from the general population. Historical data for the latter covering the period 2017-2019 were analysed to estimate the background (expected) rates for the diseases under investigation in people not exposed to either the vaccine or the infection.

Overall, the team found that the post-vaccine rates of Bell’s palsy, encephalomyelitis and Guillain-Barré syndrome were consistent with the background rates. Rates of transverse myelitis were so rare that analysis was not possible.

‘We found no safety signal for any of the studied immune mediated neurological events after vaccination against COVID-19,’ the researchers write. ‘Infection with SARS-CoV-2 was, however, associated with an increased risk of Bell’s palsy, encephalomyelitis and Guillain-Barré syndrome.’

The team points out that other researchers have also reported an increased risk of immune mediated neurological events after COVID-19 infection itself, and the increase in risks after infection far exceed any previously reported associations after vaccination.

In an accompanying editorial, Anton Pottegård of the University of Southern Denmark and Olaf Klungel of Utrecht University praise the EHDEN team for providing ‘detailed and interactive’ supplementary data and for making their source code public. ‘Such measures to ensure transparency in the conduct of real world studies [are] important to the trustworthiness of biomedical science and should be a priority for all researchers performing these studies,’ they write.

They point out that while these findings are reassuring about the safety of the vaccines, particularly when compared with the risks associated with COVID-19 infection, it may be hard to convince people who do develop a neurological condition shortly after vaccination that the two events are likely unrelated.

‘One approach would be to explain that although neurological conditions do occasionally occur shortly after COVID-19 vaccination, good evidence from very large studies shows that these conditions are no more common among vaccinated people than among unvaccinated people,’ they suggest. ‘We may never be able to tell exactly what caused an individual to develop a neurological condition, but COVID-19 vaccination is a highly unlikely reason for most.’

EHDEN is supported by the Innovative Medicines Initiative, a partnership between the European Union and the European pharmaceutical industry.