Welcome support from on high for the NECESSITY project

Treating primary Sjögren’s syndrome poses a particular challenge; the wide range of symptoms has made it difficult to identify what works and what doesn’t. A potential breakthrough by the IMI-supported NECESSITY project has attracted support from the European Medicines Agency. 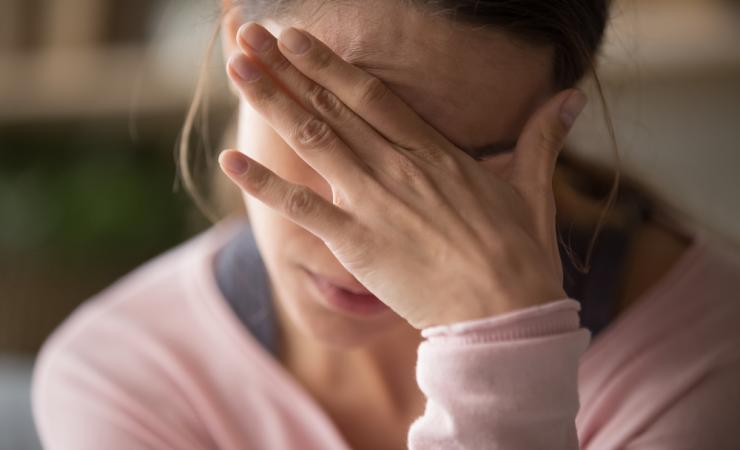 Many people with primary Sjögren’s syndrome experience fatigue. Image by fizkes via Shutterstock

Primary Sjögren’s syndrome (pSS) is the second-most common systemic autoimmune condition known, affecting as many as 1 person in 1000; the vast majority of those affected – around 90% - are women. The most obvious symptoms experienced by pSS sufferers is interference with the body’s moisture producing glands – specifically tears and saliva – leaving sufferers with chronically dry eyes and mouth. However, in some patients it can also cause additional problems, including musculoskeletal pain and fatigue. Others may see further complications affecting the lungs, nerves, skin and/or kidneys. Last, some 5% of patients will develop lymphoma, a cancer of lymph nodes.

Despite the widespread incidence of the condition, the causes of pSS are not fully understood. And, although the effects of pSS on patients’ quality of life are significant, there is no known cure; currently, treatment is geared only towards managing the symptoms. The difficulties are compounded by the fact that none of the available treatments seems able to control the entire range of symptoms, thus making it challenging to assess their overall effectiveness.

In fact, there have been no trials that have successfully demonstrated an overall benefit for patients to date. Last year, two teams reported treatment efficacy, but these studies were limited to patients with systemic activity, who represent only one-third of pSS sufferers. Indeed, pSS causes a wide range of symptoms that impact patients in a range of ways. While some patients may only experience the dryness and fatigue, while others may develop the problems in the lungs or kidneys. Doctors treating the condition believe that these two subgroups need different treatment approaches; some therapies may work in certain symptoms or clusters of symptoms, but not in others.

Clearly, if the most effective interventions are to be developed, better methods of appraising the effectiveness of treatments on all aspects of the disease are needed. Doing just this has been one of the key objectives of NECESSITY, an Innovative Medicines Initiative (IMI) project that has been running since the beginning of 2019. It has been investigating which are the best outcome measures to combine in a single tool for use in clinical trials, to establish whether potential treatments are genuinely effective in pSS in both patient subgroups.

The project has recently made a promising advance on this objective; it has developed a novel responder index called the ‘Sjögren’s Tool for Assessing Response’, otherwise known as ‘the STAR’. During the development of the STAR, the team identified which outcome measures were clinically relevant and could demonstrate improvements over placebo by undertaking a retrospective reanalysis of nine completed pSS randomised clinical trials. Moreover, the team used iterative voting by 76 experts and 20 pSS patients, called a ‘Delphi process’, to obtain consensus on the domains, the items in each domain and outcome measures, to combine in a single tool. The tool covers five areas – systemic activity, symptoms, lacrimal (tear) and salivary gland function, and biomarkers of auto-immune activity.

After testing 227 different models using different weightings, one was selected by consensus as particularly promising – known as the ‘Candidate STAR’. The project members felt this model was sufficiently encouraging and decided to seek advice from the European Medicines Agency (EMA) on how best to advance it further.

The response they received from the EMA arguably exceeded their expectations. Following a review by the EMA Scientific Advice Working Party and the Committee for Medicinal Products for Human Use, the EMA not only provided advice, but also issued a letter of support for the STAR. In it, the EMA “acknowledges the Applicant’s efforts in establishing the composite responder index STAR as a suitable primary endpoint in clinical trials that evaluate the efficacy of potential treatments in primary Sjögren’s syndrome (pSS)”, and added that it was issuing the letter of support in order to “encourage the further development and validation of the STAR”.

While there are additional steps before the final validation of the STAR can be confirmed, it provides solid encouragement for the current and future work of NECESSITY – the project will run until the end of 2024. Two of these additional steps will be run by the NECESSITY consortium for validating STAR: the reanalysis with the STAR of three recent clinical trials that used biological drugs in pSS, and conducting a randomised controlled trial with a combination of classical immunosuppressive drugs. It also offers a glimmer of hope for those affected by pSS, who up until now have only had access to suboptimal treatments. The development and validation of STAR will encourage industrials and academics to run new clinical trials with new treatments in this disease.

NECESSITY is supported by the Innovative Medicines Initiative, a partnership between the European Union and the European pharmaceutical industry.