The IMI-funded ITCCP4 project joined forces with US experts in paediatric cancer to reach a much-needed consensus on the best way forward for testing of childhood cancer drugs. 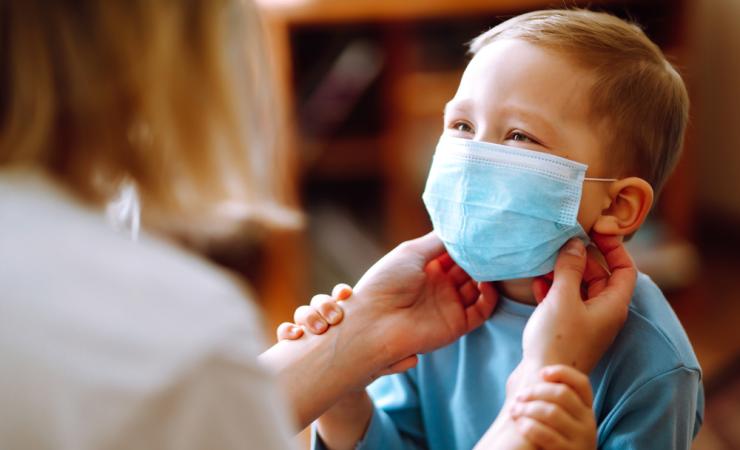 The experts' recommendations are intended to guide the use of models for paediatric malignant tumours. Image by by maxbelchenko via Shutterstock.

A group of experts have laid out a set of recommendations that can be used to jumpstart research into cancer treatments for children. While just a first step, it’s an important achievement in consensus building in an area that has been neglected and fragmented, and a major output of the IMI childhood cancer project, ITCCP4. The recommendations, published in Molecular Cancer Therapeutics, were drawn up in collaboration with the Pediatric Preclinical Testing Consortium (PPTC), which is funded by the US National Cancer Institute.

Cancer is a leading cause of death in children, and while the drugs that are used to treat adult cancer might work in children, there are not many options for treatment if those fail. What’s needed are innovative drugs that have been developed specifically for this population. It’s hard to test new drugs, however, because both data and tumour models relevant to children are scarce, making it hard to carry out experiments to understand how tumours that emerge in childhood evolve, and how they resist treatment.

Despite the legislation introduced to stimulate the development of paediatric medicines, pharma companies have thus far not been obliged to investigate many new cancer drugs in children (so-called ‘class waivers’), the argument being that certain cancers – such as lung cancer – occur only in adults.

However, some of the drug mechanisms of action involved in say, adult lung cancer, may be relevant to malignancies occurring specifically in children- such as neuroblastoma. Thanks to regulatory changes in the US and soon Europe, it will become increasingly hard to get authorisation for new adult cancer drugs without having collected preclinical data on the same drug in paediatric populations going forward. Pediatric anticancer drug development will now be driven by the biology of pediatric malignancies and will much better address the unmet needs of children and adolescents with cancer.

But how to go forward?

The recommendations are intended to guide the use of cell-based and mouse models for paediatric malignant tumours. What’s needed, the authors say, is access to “comprehensive, well-validated preclinical tools, notably relevant animal models that effectively capture the molecular heterogeneity of paediatric cancer from treatment naïve and relapsed patients.”

The recommendations include guidance on the preferred type of mouse models, how to capture inter-tumour heterogeneity, models for studying brain tumours, immunotherapy agents of interest for children’s context, and methodology, data and reporting standards, among other subjects.

Some of the problems highlighted in the paper: most preclinical models of paediatric cancer, upon which pharma companies have relied for testing drugs, have been developed in universities. This means they are scattered about and developed without consistent standards. Also, the evaluation of drugs using these models has been anecdotal as opposed to systematic.

The recommendations were defined during a workshop held in late 2018, co-organised with the PPTC and ITCCP4, and included experts from academia, industry, regulatory agencies and advocacy groups.

The ITCC-P4 consortium was created to address many of these topics. Joining the public and private forces, it is establishing around 400 new fully characterised patient-derived preclinical models of high-risk pediatric solid tumors and developing a comprehensive translational research sustainable platform available to researchers to use these models for drug testing.

Underpinning the ITCC-P4 platform is a powerful, custom built informatics suite which enables data handling, visualisation and interpretation. ITCC-P4 testing also supports biomarker-driven patient tailoring, i.e. the right drug for the right patient, based on the tumor’s molecular profile. By early 2022, the publicly-funded portion of ITCC-P4 will end, and the platform will be available to researchers worldwide.

ITCC-P4 is supported by the Innovative Medicines Initiative, a partnership between the European Union and the European pharmaceutical industry.